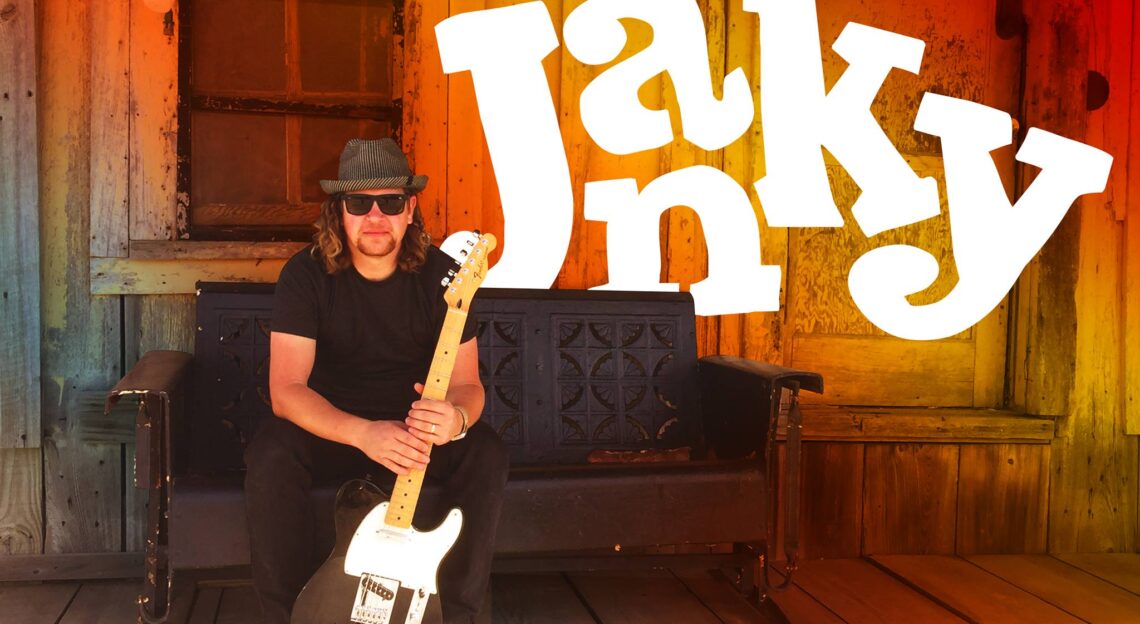 Janky has several ways he performs.

Janky does slightly larger gigs with a cajon player manning the foot-stomping beats and his right-hand-man, Cody Cotton on harmonica.

Janky also has a full band referred to as his Juke Joint Boys, for those full-rocking venues that love to get the dance floor full.

Singer/songwriter/guitarist Scott “Janky” Lindsey isn’t impressed by pristine recordings that sound like they were produced in a hermetically sealed studio. His brand of blues, rock and roots music relies on a heaping helping of juke joint grit, rough angles and improvisation.

Janky’s devotion to preserving the raw, uninhibited juke joint vibe results in a kind of electrified porch music that is both basic and well crafted, with keen attention given to the rhythmic secret sauce that makes the

Hill Country sound so intoxicating. He makes liberal use of the drone-like chord structure, riffs, modified shuffles and odd instruments, such as the Lowebow cigar box guitar, to craft songs mostly centered on having as good a time as possible.

The CD kicks off with the funky, midtempo rocker Juke Joint Shakka, about a badass woman wreaking havoc on everything from men to unattended tambourines. Mining some of the guitar prowess of his mentor, R.L. Burnside, Janky elicits an unmerciful slide attack on the devilish Ridin’ High & Lookin’ Low. The up-tempo Play for Me Jessie Mae, with its pumping bass and sparse arrangement, is a tribute to late Hill Country guitarist/singer Jessie Mae Hemphill and even closes with an excerpt from a field recording conversation with Hemphill, who died in 2006.

Janky sounds like a sketchy swamp preacher on Sanctified Boogie, a song anchored by the Lowebow’s wooly, guttural sound, and female background singers who lend a bit of Black Oak Arkansas’ naughty, playful vibe to the proceedings. Stone Cold Triflin’ also offers a wink to the 1970s southern rock band. The haunting rumble of Them Old Yesterdays recalls vintage Neil Young and Crazy Horse, with its avalanche of fuzzedout guitar and an extended jam. The Fools Rush In, the closest thing to a ballad on the CD, benefits from a lilting swing and nuanced drumming by Kimbrough. I’m Mostly Alright is one of the CD’s strongest tunes and features a gritty guitar riff and one of the album’s most soulful guitar solos. On Holly Springs, Texas, Janky creatively advances his mission to preserve the legacy of the musicians who invented Hill Country blues with songs that bring a modern, yet old school approach to this unique sound.