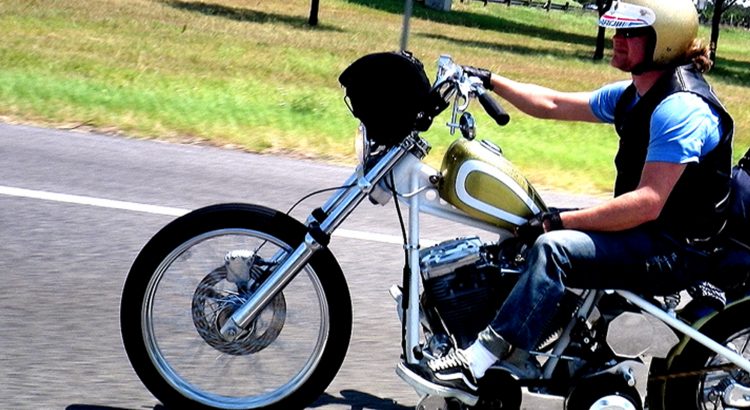 Besides the blues, I love old country roads while straddling a Harley. My first trip to Clarksdale, MS was on a BLUES RUN. We were welcomed by Bubba Okeefe as well as the Shack Up Inn. They let us camp on the railroad tracks which was really nice after a few nights at .

Here is my custom, garage-built chopper I affectionately call The Sparkle Hog. I have since put some new “titty bars” on her and modified the sissy bar.